You are in: Home / Resources / WAKE UP AND SMELL THE FLOWERS!

WAKE UP AND SMELL THE FLOWERS! 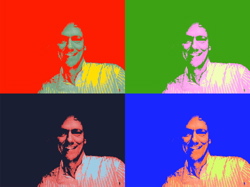 In the United Kingdom, much of the community radio sector mistakenly covets the commercial advertising paradigm, whilst overlooking the real keys to their own success. Should these operators reexamine their mission, goals and strategy, they might find the local radio landscape a much more hospitable environment.

While having much in common, commercial and community radio broadcasters are different animals and should be equally recognized as such. Technical similarities are apparent, such as FM transmission, local coverage areas, and studio facilities. Externally, listeners hear news, entertainment, some opinion, and similar presentations from both provider types. The chief difference lies in the differing missions of community versus commercial: one to serve, the other to profit. But even in this context, similarities exist. Obviously commercial broadcasters exist only for the money, but every broadcaster needs money to survive and prosper. In countries where advertising is allowed, such as in the United Kingdom, the overlap of interests occurs in the form of competition for advertising revenue.

Some would argue that commercial radio broadcasters have the right of protection in their markets against new competition from community radio. This is a contentious issue among all broadcasters, and often becomes the dominant point of disagreement in regulatory discussions. That however, is usually a mistake. With the exception of a precious few, community radios in the UK are not effective advertising vehicles in the same sense as commercial radios. Commercial local radios are usually high power FM transmitters with larger coverage areas compared to lower power community radios. Community radios seldom attract large audiences, and do not subscribe to audience measurement services common to commercial broadcasters. They can’t deliver a ‘cost per thousand’ result to advertising buyers, do not belong to ‘unwired’ networks, and also do not usually have an internal control system to fulfill scheduling and reporting requirements. The result of these operational differences is that community radios are not seriously considered as a viable option when national, and even large local advertising buyers spend their money. Community radios also seldom have the resources to deploy an effective advertising sales operation, further limiting their competency in local as well as regional and national markets. Community radio is simply not designed or equipped to effectively compete with professional competitors in this advertising marketplace.

Those businesses that would support community radio with advertising, sponsorship, or donations simply view it in a different light than standard advertising in commercial media. They see community radio for its non-profit ethos, commitment to community, alternative to the mainstream, reaching underserved groups, and supporting local arts & culture (Lewis & Jones 2006). Advertisers spend money on community radio because they believe it’s an investment in their community, an investment that will improve the quality of life for their customers and employees, thereby improving the opportunities for business success in the long term. In this context, even while dealing with the same business clients, community radio broadcasters are completely separate from their commercial radio brethren, and should embrace this difference as a real opportunity. Understanding the needs and wants of the customer is paramount for a successful enterprise, so community broadcasters would do well to recognize that. Local businesses advertise with commercial radios to “move product”. They spend money on community radio to improve the community first, and improve sales second.

When I often hear community radio broadcasters complain that they can’t develop revenue because they aren’t a part of commercial audience surveys, I tell them to be careful what you wish for. Audience surveys can often be a negative influence on radio broadcasters, confusing the market process and ultimately subverting the buyers’ priorities. Firstly, participating in audience surveys puts community broadcasters squarely in line with their commercial ‘competitors’, where we already know they are ill equipped to compete. This also effectively reduces their unique status as a community organization with high value above and beyond any commercial enterprise. Most community radios, given the actual results of an audience survey, probably wouldn’t be pleased with what they learned anyway. Community radios aren’t designed for mass appeal, and likely won’t make much of a showing in a survey that doesn’t drill down to reveal hyperlocal and/or qualitative data. When a community radio makes a sales pitch offer that is all about audience numbers, and its numbers are smaller than most, then what might it expect as a result? Even if a community radio audience figures are ‘competitive’, most buyers will go with their traditional commercial radios and established networks that are easy to buy and require much less effort. To create demand for community radio, I would argue that a better strategy is to never count your audience. The perception of a community radio as effectively reaching a specific audience can be as effective in creating demand as the actual audience research data. Among a great number of potential business supporters of community radio, audience size is not the top priority. Other attributes are equally or more important. Consider it like a beauty contest: talent, personality, charm, intelligence, poise, and commitment can be very attractive. And you don’t need to star in the bikini contest to win the crown.

As a veteran of commercial radio broadcasting, I’ve spent more than 20 years in the business of selling radio advertising. The most important lesson I can impart to community radio practitioners is that financial sustainability is not about your audience size, your morning show, or your coverage map. Success in radio advertising sales is all about using best practices to maximize customer relationships. My mantra has always been to sell “beyond the numbers”, because experience proved that advertising buyers can easily use those same audience numbers against the sellers. Of much greater value to a buyer is her relationship with the seller, one that allows for special consideration of social values beyond the numbers. Remember, people buy from people they like. It is extremely rare to find a community radio with an advertising sales operation that rivals their commercial counterparts in quality and effectiveness. Yet, as a social enterprise, they seek advertising revenue just like a profit enterprise, just without the profit. So what really is preventing these community radios from developing the people, systems and tools necessary to attain success in revenue development? Perhaps the old adage applies: “There is none so blind who will not see”.

Economic conditions can also be misconstrued as an obstacle to community radios, when in fact the current difficult economic climate may indeed present real opportunities. Commercial broadcasters, in an effort to reduce costs, are consolidating operations into more regional and centralized programs, thereby reducing local content and commitment. For the astute local community radio, this could well be an opportunity to reinforce its position as an important link to local communities, no longer prioritized by commercial radio. Also, as government cutbacks threaten public funding sources, more resources and expertise can be deployed to “super-serve” a local base of constituent business advertisers. Once again, it takes a community radio team with vision to see through the difficulties and find the opportunities. If they insist on a short-term approach and fail to construct an effective sales organization, then they’ll have difficulty to take advantage of the opportunities for long-term sustainability.

Technological changes to transmission platforms may offer the possibility of more opportunities for community radio broadcasters to improve their financial positions.

As commercial operators migrate to muliplexes, their ability to be truly local as compared to community radio is compromised, due to the large and identical coverage footprint mandated by the multiplex (O’Neill, et al 2010). Community radios remaining on the FM band could leverage this difference by focusing on local programming, and local advertising opportunities. Similar opportunities could come from the rise in acceptance of user generated content. After all, isn’t community radio already an expected source for content that is less “commercial” and more “social”? Audiences and advertisers are more readily accepting content that is closer to the source, local, and linked to the community. What once was thought to be a disadvantage – non-professional content, now becomes another clear advantage for community broadcasters over the more tightly controlled “corporate” commercial radios. Can community broadcasters take advantage of this new paradigm and convert it to value for their business advertisers? If they have an effective sales organization, the answer could be, and should be yes.

Community radio in the United Kingdom is not the same as commercial radio. It’s different in many ways, and in fact better in some. But community radio broadcasters seem either unwilling or unable to embrace these differences, and take advantage of the opportunities they present. Certainly it requires a combination of vision and strategy, mixed in with a commitment to organizational development, but the opportunities exist. Community radios are not just charities; they are social enterprises with a responsibility for effectiveness and sustainability. The way to achieve those ideals is to be an effective organization building strong relationships with local businesses to develop reliable advertising revenue streams. Furthermore, additional revenue streams from new ideas and technologies are opportunities waiting to be developed for the astute and well-managed operators. Community radio in the United Kingdom needs to stop dreaming about audience research, and start concentrating on people, systems and tools that will lead to their success. The keys are located right in their community, and indeed, right inside their own building.